Exercises that Get Rid of Cellulite - The Definitive Guide 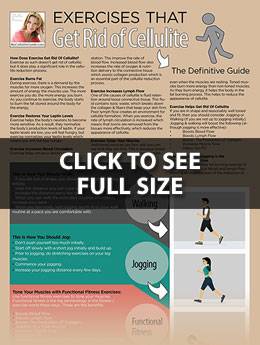 In this module we are going to look at exercise and the part it plays in the process of getting rid of cellulite.

Actually, exercise is a very important part of the process for two major reasons, and we are going take a look at both these reasons in detail.

I will then show you nine different exercises that you can do at home that are going to really help you. You should add these to your overall campaign for best results.

Incidentally, I mention the importance of exercising when using applications such as cellulite cream. Using creams or eating the best foods are only part of the over all solution, and in fact, the catalyst to it all is exercising. Follow this section and apply the creams and eat the foods as I layout on these pages, and you will get rid of your cellulite.

How Does Exercise Help Reduce The Lumpy Skin Appearance

Exercise as such doesn’t get rid of eradicate the lumpy affected cells. Contrary to popular belief, many people think that if you exercise, you can turn fat in to muscle. This is simply not the case and it is not true. However, exercise does do a number of other things that play a significant role in the affected cell reduction process. 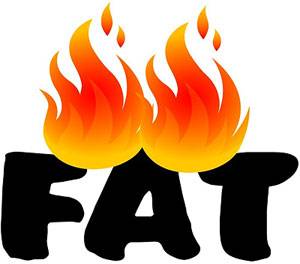 Any exercise requires an increase in muscle activity.
So in a nutshell, during exercise, the muscles require more blood flow because the blood carries the oxygen it needs, and the more exercise you do, the more oxygen it needs. As the muscles call for oxygen, the blood circulation rate increases. Also, as the muscles are exercised, they demand energy, so the body pulls on its resource of glucose for this energy. As the body’s glucose reserves run lower, the body begins to convert the stored fat in to energy, hence the phrase “burning fat”.

As the fat is burned up, the fat cells reduce in size which reduces the amount in which they protrude under the skin, and although the fat cells themselves are not the sole reason and cause for the appearance of lumpy cells, they are a contributing factor.

As the fat cells become smaller, the bulge that takes place under the skin as a result is reduced, presenting less strain on the supporting tissue which reduces the cottage cheese / orange peel appearance. 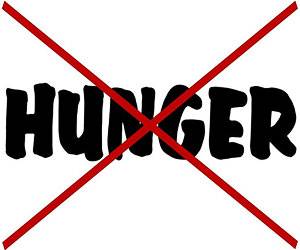 According to Dr Mercola and Science Daily, exercise helps the body’s neurons to become more sensitive, and as a result, they normalize the body’s production levels of insulin, glucose and leptin.

If your body is not producing enough leptin, you will become hungry.

If your leptin level is normal, you will not be hungry. If you are not hungry, your calorie intake is likely to be less, and as a result, your body should start to become more efficient because less calories will mean less food to burn, thereby providing the body with the opportunity to burn the fat stores that the body has built up as reserves for situations like this. As I mentioned in the previous paragraph, burning fat reduce the appearance of of these lumps.

Dr. Jonathan Myers of Palo Alto Health Care System of the Veteran Affairs says that physical exercises enhance blood vessel dilatation in order to improve the delivery of oxygen and nutrients to the different parts of the body.

As the blood vessels increase in size, the heart is able to increase the blood flow rate and the delivery of oxygen and nutrients to the muscles and other parts of the body too.

Dr Lionel Bissoon, author of "The Cellulite Cure", writes saying that when your blood circulation becomes decreased, the amount of oxygen and nutrition to the affected areas are decreased. As a direct result, the production of collagen is also reduced.

At the same time, we see fat cells increasing in size, and as they enlarge, they bulge through the supporting tissues which also become weakened over time as a result of a decrease in the body's production of collagen which is required to strengthen the supporting tissue.

According to research conducted by Dr Scherwitz and Dr Braun-Falco, one of the causes of the lumpy skin appearance is fluid retention around the loose connective tissue (adipose tissue). This fluid contains toxic waste, which actually breaks down collagen and fibers that keep the skin firm.

If we take this in to account with what Dr Diana Howard says on her page on cellulite, we can see how important it is to have good lymph flow. Dr Diana Howard cites, “It is poor circulation (blood and lymphatic flow) that ultimately creates the right environment for for this dimpled skin / cell formation.

Loss of circulation to an area – whether caused by lack of exercise, too much sitting, clogged arteries or nutrient deficiency – can have a serious impact and accelerate this cell formation. That is why the affected cells generally appears in areas that have poor circulation; unfortunately, once it forms it slows circulation in an area even more”. (Source: The International Dermal Institute)

A good healthy lymph flow can help reduce the toxins found in the fat cells, and exercise can help boost the lymph flow.

Lymph specialist Dr. Eino Havas confirms that when you exercise, your muscles contract, and as they contract, the lymph vessels that are located within the muscles become pressurized, which in turn has a pumping effect on them which aids and increases the lymph flow. As the lymph flow is increased, so too is the rate at which the toxins are removed from the fat cells. When combined with the fat burn effect achieved from exercise, we see a process where the body functions as it should to achieve optimum results, and in simple terms, it relates to a reduction in the formation of the lumpy cells that cause the cottage cheese look on the skin.

OK, so what exactly is muscle tone? Well, when your muscles are well toned, they in a partially contracted state, even when the muscles are resting. This is why the muscles feel firmer, and you have a firmer looking appearance on your body wherever the muscles are toned. This alone can help reduce the appearance of of those lumps. 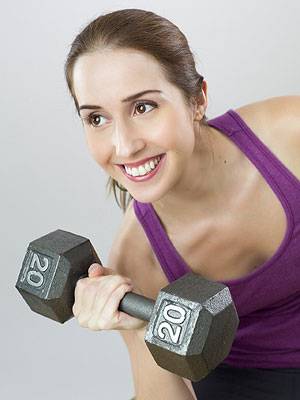 Muscle expert, Dr. Frederic H. Martini explains in his book that toning the muscles increase muscle mass. Toned muscles burn more energy than non-toned muscles, because they are in a continual partially contracted state. In the process of burning energy, they will also be burning fat. This helps to reduce the appearance of the lumpy cottage cheese / dimpled skin.

The Reason Why Jogging is the Ideal Form of Exercise

Dr. Richard Weil confirms that jogging not only helps tone the muscles, but that is it possibly the ultimate exercise you can do for burning fat. He also mentions swimming to be a great calorie burner.

We have covered the importance of fat burning earlier in this module and the reason why it helps reduce the appearance of those lumps. Finally, with jogging, it is free and all you need is a good pair of running shoes and plenty of water to help the process of fat burn and aid toxin removal.

If you are in shape and reasonably well toned and fit, then you should consider jogging or walking (if you are not up to jogging initially). For reasons mentioned earlier in this module, jogging and walking are a fantastic form of exercise (although jogging is more effective), and these exercises will boost the following:

This Is How You Should Walk 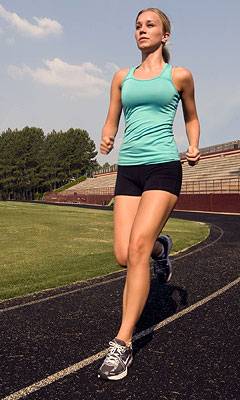 When you feel ready, you can begin to add jogging in to your walk routine. Do jogging spurts for short distances and build up the spurting distance over time.

The jogging spurts should be carried out at a pace that you are comfortable with. It is better to do a slow and consistent build up as opposed to over stretching yourself.

In time, you will have improved your overall fitness level to a point where you can jog each day instead of walking.

This Is How You Should Jog

Don’t stretch yourself too much initially. Start off slowly with a short jog initially and build up. If you try to jog too much initially, your body won’t like it, and lactic acid will build up in your bloodstream to compensate, and your body will let you know that you should stop. Also, prior to jogging, you should do stretching exercises on your leg muscles, so that you reduce the sudden stress on your muscles that the jogging brings if you don’t do the warm up exercises.

Once you have warmed up sufficiently, you can commence your jogging. Try to increase your jogging distance every few days. This will help extend your overall fitness for the long term and will strengthen your heart and improve your overall circulation even after your jogging – when you are resting.

Remember, having an improved circulation is essential in our effort to permanently get rid of cellulite.

Functional fitness is the big terminology in the fitness/exercise world these days. The Mayo Clinic defines functional fitness as exercises that train your muscles to help you carry out everyday activities both safely and efficiently.

The benefit in carrying out a function fitness exercise routine is because it provides us with so many benefits including:

You should include each of the nine exercises as part of your daily routine. Over time, you will notice yourself become fitter and you will have a much better muscle tone. You should also see a significant reduction in the appearance of those lumps and dimples as all the other factors in the affected cell reduction process kick in.

The image below shows the muscles on your body. I have named the muscles that the functional fitness exercises will strengthen and tone.

Exercise #7:
Leg Thrust With Push Up

Exercise #9:
Hip Raise With Push Up 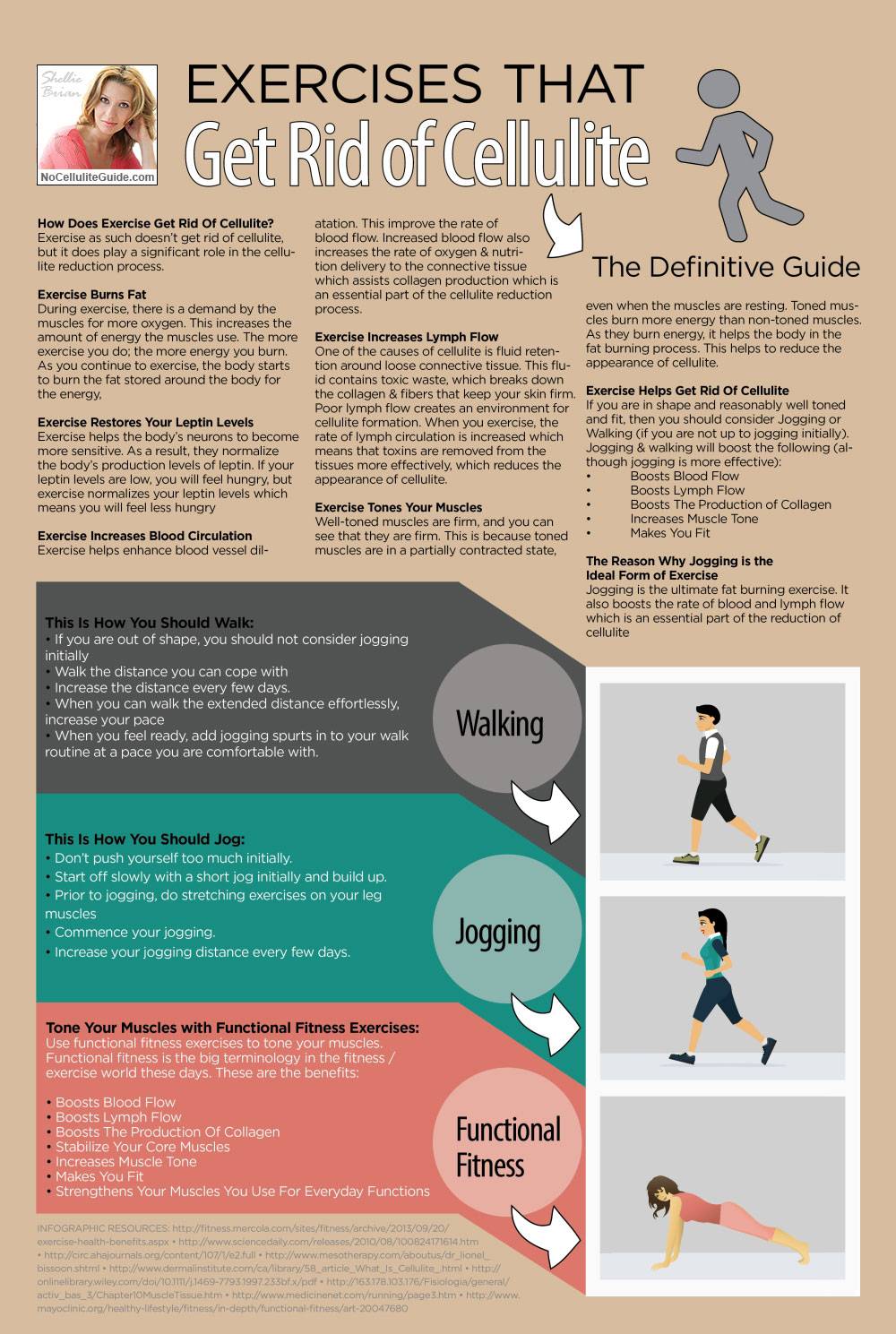